Two more from 2010 that slipped under the radar

We are three days into 2011 but I am still catching up with some  2010 releases that passed me by, pretty soon the new stuff will start ramping up so unless anything else crops up this is likely to be the last post about 2010 releases. Still, these are another two doozies that you should definitely check out;

“Sleep Forever” is this San Diego two piece band’s second release. Their sound has clear influences from the likes of The Jesus & Mary Chain, Echo & The Bunnymen, Spacemen 3 and, at times, The Stone Roses. More contemporary comparisons could be made with a less poppy The Big Pink and a much less noisy A Place To Bury Strangers. At a mere eight tracks and 35 minutes it certainly doesn’t outstay its welcome and almost feels that it could do with a couple more tracks just to make it feel complete. If you like your vocals drenched in reverb, your drums big and your guitars fuzzy and distorted you should check this album out!

Listen to it on Spotify 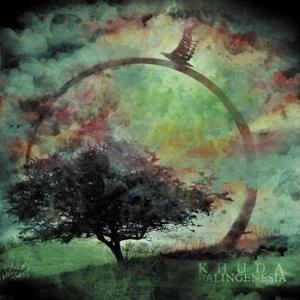 Khuda are an instrumental post-rock/metal band from Leeds who I stumbled across while looking for stuff to spend my eMusic credits on a couple of months ago. They make a similar sound to bands such as Russian Circles or a less chuggy Pelican. Although there are only two band members, Tom Brook on guitars and Steve Myles on drums, they sound like a much larger outfit on record and, I am led to believe and hope to find out soon, on stage. If you liked anything I wrote about in my post about post-rock a few weeks ago (here) then you should definitely have a listen. If you like what you hear, they are supporting sludge/doom rockers Manatees at The Well in Leeds on Feb 21st, I am told it is going to be a pay on the door deal, I’m pretty sure I will be there!

You can hear/download/buy this and their previous EP “Stratospeherics” on their bandcamp site or listen to “Palingenesia” in full via the widget below;

This entry was posted on January 3, 2011, 1:08 pm and is filed under Music Reviews, Uncategorized. You can follow any responses to this entry through RSS 2.0. You can leave a response, or trackback from your own site.