For fans of – Eluvium, Stars of the Lid, Tim Hecker 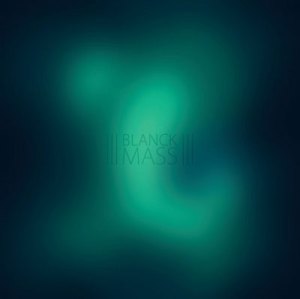 Benjamin John Power is one half of noisy electronic duo Fuck Buttons, but from this, his first solo effort, you wouldn’t necessarily guess that fact. This, although still mainly electronic in nature, is a much more sombre introspective affair. He says that he is inspired by Ennio Morricone and Carl Sagan to name two and there is definitely a spacey feel to a lot of the tracks, in fact when I started to listen to this twenty minutes ago I read on Twitter that the International Space Station was due to fly over, as I’d not caught it before and tonight is a lovely cloudless night I popped outside to have a look. When I came back indoors I replaced my headphones and track three, Chernobyl came on and it just fitted so well with the mood after watching a bright dot that amazingly contains people zooming across the sky!

This is an album that while generally gentle, dreamy and as I said before, spacey in nature, demands to be played as loud as possible. I think it must be something to do with the vast walls of droning synth and guitar that act almost as an aural sedative, and although nothing much really happens in the ten tracks here I find myself totally captivated but have trouble explaining why! Each track has a different feel and texture, some, like the aforementioned Chernobyl, are gentle and beautiful and which I fully expect to hear soon as background music for Prof. Brian Cox’s next project, while others, although still beatless, feel more aggressive, almost like a Fuck Buttons track minus the pulsating beats and the noise tweaked right down.

This is an album that will only suit certain times to be listened to, it’s obviously by no means a party album (although it could certainly be an after party comedown album) and it will not appeal to everyone. It requires patience and preferably a bloody good pair of headphones cranked up as loud as you can stand! Albums like this make me wish I lived in a house with no neighbours as I think this would sound amazing through a good pair of speakers at plaster damaging volume!

This entry was posted on August 21, 2011, 10:29 pm and is filed under Music Reviews. You can follow any responses to this entry through RSS 2.0. You can leave a response, or trackback from your own site.