It’s end of year list time again! This year as I have listened to even more new music than usual (although not blogging much about it, apologies) I have got enough to split off and do this post of my twenty favourite metal releases of the year. My usual big list of all the other stuff will be coming soon(ish)

If you like your music with a bit more heft and oomph then this list should provide you with some potential treats if you’ve missed them through the year. Here’s a nice Spotify playlist of a track from each album (except two) for you to listen to while you read. Horns up mother flippers! \m/

Nasty, noisy and pretty damn unpleasant but surprisingly fun! The debut (and, as it turns out, final as they split up a few months ago) album from London’s Dethscalator is, to quote The Quietus; “In just 34 minutes, the listener is trampled by a seal-clubbing rhythm section, doom-dusted slop-riffs and the unhinged vocal delivery of a crunked-up Oliver Reed suffering from a serious case of catarrh”, yeaahh!!

18. The Dillinger Escape Plan – One Of Us Is The Killer

The fifth album from the mathcore mentalists, it treads quite a lot of the same ground the previous couple of albums have and although it still retains the alternately visceral fury and melodic passages that have captured me before, this album has not grabbed me as much as 2010’s Option Paralysis and I have only given this a few spins.

Fourth album from Pennsylvania’s post metallers Rosetta. I was only introduced to this album and band a couple of weeks before attending this year’s Damnation Festival in Leeds as they were appearing on the stage that I would be mainly frequenting throughout the day and having given this one listen decided that they would be on my itinerary. On subsequent listens it’s clear that this album is pretty bog standard post metal, it’s no Cult of Luna or Isis that’s for sure. But they put on a good show and this album is available ‘pay what you want’ on their Bandcamp page; http://theanaesthete.bandcamp.com/ 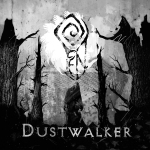 East Anglia’s Fen returned this year with their third album of bleak post rock tinged black metal. For me this one doesn’t work as well as their previous album Epoch, there seems to be more focus on the post rock elements and cleaner vocals than the bleak black metal fury this time and, although there’s a fair bit to recommend, if you’re new to the band I would say listen to Epoch first.

This is a bit of a cheat as this was actually released digitally in 2011 I believe but was given a physical release early this year (when I first became aware of them) so I’m including it. Megachurch are three guys (drums and two bass guitars) from Cleveland (nowhere else but the USA could this have come!) who have eschewed traditional vocals and instead pepper their riff laden instrumentals with samples of evangelical preachers and their willing supplicants! As I said back in my March highlights post; “check out the artwork above, a purple volcano spewing pink lava while a besuited, sword wielding guy rides a fluorescent green dragon, whats not to like?!” 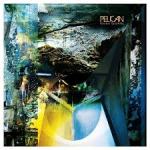 This one came as a bit of a surprise as, despite having seen them live a few months ago, I wasn’t aware a new album was coming until I found it in the racks of my favourite indie record shop last week! It’s another familiar slab of sludgy instrumental post metal but as it’s been four years since the last album proper, I greet this like an old metal friend.

13. From The Bogs of Aughiska – Roots of This Earth Within My Blood

The opening track (Aughiska Mor) on this totally captivating album is like standing on the stark Irish cliffs while the wind and spray batter you, rain stinging your face, all the while the uneasy rumblings and groans of a tortured guitar roll around you like thunder. If I had to categorise I suppose this could be called ambient black metal, it moves above the dark ambience of people such as Lustmord by adding the guitar sounds, sampled voices (An Seanchaí with its absorbing tale of evil Irish faeries and folklore) and on Hell Complex and the title track the downright creepy strangulated growling/shrieking of Gnaw Their Tongues stalwart Mories. I highly recommend putting on some good headphones late at night and letting this album soundtrack your nightmares! 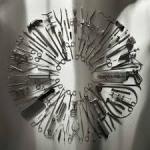 UK death metal legends Carcass returned this year with their first album in seventeen years, much to fans’ slavering delight! I have to shamefacedly admit that this is the first Carcass record I have heard, their earlier stuff was released when metal was not a genre I frequented, and if I did it would be of the more accessible Iron Maiden type of thing. And it is unsurprisingly great, a visceral, fast and adrenaline fuelled 47 minutes!

Although categorised as black metal, Sweden’s Watain have produced an album here that alongside the requisite blast beats and throat shredding vocals there is much more, perched in between the death metal groove of The Child Must Die and the blast beat laden Sleepless Evil is the almost soft rock ballad They Rode On, which instead of standing out like a sore thumb, works brilliantly. For a far better description you could do worse than read this track by track review on The Quietus.

The second album from Norway’s Kvelertak was high on my list of albums I was dying to hear after their self titled debut tore me a new one in 2010! Seconds into the opening track it is clear that they are not aiming for anything new, after all Mier is Norwegian for More, and this is no bad thing when it is such a joyous, throw yourself around the room, sweaty slab of musical adrenaline. Their almost trademark “black ‘n’ roll” sound still has the power to get the foot tapping and the head nodding vigorously! This is Kvelertak, this is their sound, and fuck you if you don’t like it! 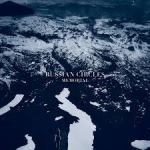 2011 saw Chicago’s post metal instrumentalists Russian Circles releasing Empros, their heaviest and most riff-filled album yet. This year Memorial still provides plenty of crunchy riffs and some remarkable drumming but has added more dynamic elements to their sound which makes this, their fifth album, stand out as their most fully realised yet. A first for the group is the closing title track featuring vocals, courtesy of “doom folk” singer/songwriter Chelsea Wolfe.

The second album from the UK progressive metallers, despite being on their third vocalist since 2011’s debut, is a fantastic grower of an album. This album requires, nay demands, repeated listens. The intricate time signatures and the one track split into movements approach means it will take a while to fully appreciate. But on first listen you know this is something special, new vocalist Ashe O’Hara may not do any growls or screams that you may normally find in this genre, but they’re not really required here, his voice is excellent and soars and swoops wonderfully throughout. Also, this is the second album in the metal list that contains a saxophone, what is the world coming to?! 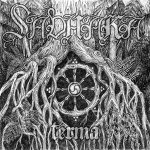 Buddhism and Black Metal, two more unlikely bedfellows! To be honest, as the growled vocals here are pretty indecipherable, the only buddhist thing in evidence here are the song titles and the album imagery. This four track, 55 minute behemoth is a fantastic slab of atmospheric black metal along the lines of Wolves in the Throne Room or Agalloch. Not available on Spotify but check out their Bandcamp page; sadhaka108.bandcamp.com

Technically this is apparently an EP, but as the two tracks on it add up to nearly 35 minutes it’s longer than quite a lot of full length albums! This may be classed as atmospheric black metal but the pure ball-shattering power and terrifying fury of this album is astonishing! Opening track Oblivion’s Spring starts off gently but after 3 minutes it bursts into all encompassing raw power, the unsettling, anguished shrieks of vocals so low in the mix as to be almost inaudible adding yet more terror into the mix. This brutal onslaught then continues pretty much unabated for the remaining twelve minutes of the track! Second track Dirge/Purgation is even longer and no prettier, if you’re anything like me you’ll find yourself head aloft, eyes closed and claws raised, fantastic stuff!

Ireland’s Altar of Plagues returned this year with their third album and it’s a total game changer, so much so the band broke up not long after its release! 2011’s Mammal was my first exposure to their visceral brand of atmospheric black metal which stuck reasonably to the usual tropes of the genre, Teethed Glory & Injury however threw the rule book out of the window. Industrial sounds, electronic noise, unusual structures, for about the first four or five listens I could not decide whether it was a masterpiece or a mess. Well let me put the cap on that, it’s a bloody masterpiece, I can’t see how they could have followed it up so perhaps splitting up was inevitable!

Since the demise of Isis, Sweden’s Cult of Luna have become the go to post metal band for me. Huge, monolithic tracks all accompanied by Johannes Persson’s guttural roar. Sixth album Vertikal was released way back at the start of the year but despite frequent listens (especially leading up to their mind blowing performance at Damnation a few weeks ago), this album has barely dimmed in its brilliance.

Leeds band Humanfly released this, their third spectacular album at the start of the year and I breathlessly reviewed it here. The band recently announced they were going on an indefinite hiatus which, frankly, is a bloody disaster. I’m just glad I got to see them perform at the release show for this wonderful album. Seriously, give it a listen, brilliant stuff. 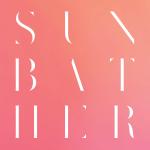 A stormer of an album that I reviewed as my ‘Album of the Month’ back in June, right here.

Another album that I sought out to listen to as they were performing before Cult of Luna at Damnation recently. Their two previous albums had not completely grabbed me, their progressive elements reminded me here and there slightly of Tool (of whom I am a rabid fan) but they never really clicked. However, Pelagial, a concept album of sorts where each track represents an ocean depth, starting in the shallows (Epipelagic) and ending up in the dark, claustrophobic depths (Benthic) has really got under my skin. The progression from gentle twinkly numbers, gradually getting heavier and more claustrophobic as the album progresses works really well, giving the feel of the pressure and weight exerted on you as you descend into the murky depths. The album comes on two discs, the second disc containing no vocals of which I am yet to listen as I can’t seem to stop playing the main disc, constantly! They also gave a fantastic live performance, far better than I was expecting which is one reason that this has to be my favourite heavy release of the year.

This entry was posted on November 15, 2013, 3:37 pm and is filed under Features, Music Reviews. You can follow any responses to this entry through RSS 2.0. You can leave a response, or trackback from your own site.