The IPTOS Fifty Favourite Albums of 2014

Exactly one year since I’ve done anything with this blog, incentive etc dried up a bit, but not to worry, we’re back with this year’s list of my favourite albums! Another year almost gone and another hundred or so new albums listened to and, in the main, enjoyed. So let’s get on with it;

Update: I have created a Spotify playlist of tunes from all but 3 of the albums on the list, here.

Excellent electronic psych/krautrock with plenty of Neu! and Can influences (in fact they were Damo Suzuki’s backing band for a bit!)

Third album of breathy shoegaze, very nice but not up to their previous standard imo. 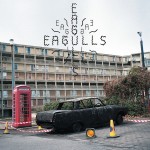 Debut album of searing post punk from this Leeds band. Parts of it remind me strongly of old Killing Joke.

47. Half Man Half Biscuit – Urge For Offal

Thirteenth album of sardonic brilliance from these National Treasures. 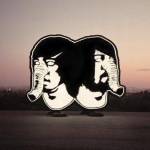 Ten years after their brilliant debut and subsequent break up, the noisy duo released the second. Inhabiting pretty much the same territory as the first album, it’s good but things have moved on and, although by no means a let down, it doesn’t have the same punch.

Album number three sees HNIC in a bit more of a sedate place, some beautiful tracks but I think it lacks the visceral punch that previous album The Quiet Lamb threw out now and again.

The long awaited debut from this Leeds band finally arrived earlier this year and the anthemic, twisted post punk with a definite Northern English twang was worth the wait.

The unusual one man guitar-less black metal project reaches album number six. Pummelling blast beats and cut throat vocals are as expected but instead of tremolo picked guitar Otrebor (the mysterious man at the helm) uses a hammered dulcimer to create the walls of noise. Strange and compelling.

Beautiful, gorgeous, heart rending. Just a couple of adjectives that can be attributed to this lovely album. An altogether grander affair than 2011’s Burst Apart.

Sixth album of dark folk meanderings from Mark Kozelek, the happy sounding title contrasting with a lot of the lyrical themes, which largely seem to revolve around death, you know you’re in for a happy time when a song opens with “My uncle died in a fire on his birthday”!

Almost like a cheery remedy to the dourness of the previous album in the list, Spoon’s eighth album is another slice of catchy indie rock.

36. Wolves In The Throne Room – Celestite 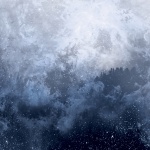 Arriving as a “companion piece” to 2012’s number one album (on here anyway) Celestial Lineage, this is almost as far from black metal as you can get, it’s basically an instrumental ambient album. Expanding on the ambient passages of that album there are no drums and guitars only make an appearance infrequently. Very different, very nice. 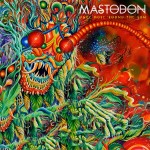 Album number six from the Atlanta rockers follows a more straight forward rock path than previous albums, there are no long proggy epics (a la Crack The Skye) or intricate crushing heaviness (a la Remission or Blood Mountain). Good fun but I’m worried they’re getting a bit “safe”.

Four years after their rather limp self titled effort, El Pintor is a real return to form.

Album number nine is, for this fanboy anyway, still great but in places it seems a bit Trail of Dead by numbers.

New albums from Steve Albini and co are pretty infrequent (seven years since the last one) so when a new one comes along it’s always a bit exciting! This provides exactly what you would expect from a Shellac record, acerbic post-hardcore that, to paraphrase The Quietus, metaphorically kicks you in the balls! 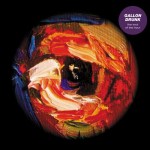 Gallon Drunk are a band I have been aware of for years but for some reason never investigated. However on the strength of this release that may have been an error! Veering from sleazy post punk like an angry Nick Cave, to malevolent Albini-esque post-hardcore. I really have to investigate their back catalogue.

Despite boasting possibly the worst album title I’ve heard in some time, this sixth album from the Canadian collective is a joyously enjoyable album of infuriatingly catchy indie pop. 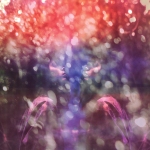 The US singer songwriter’s fourth album is a poignant yet humourous collection of songs about love and loss.

Visceral, raw, brutal black metal crossed with crusty d-beat punk is the mainstay of this thrillingly unpleasant album! Vocals almost buried in the mix add to the claustrophobic atmosphere of this one man project. 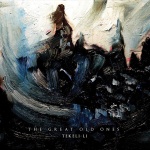 Epic French atmospheric, post-black metal inspired by the works of HP Lovecraft, the story is a retelling of one of Lovecraft‘s most well-known novellas At the Mountains of Madness, which concerns itself with an expedition in Antarctica coming across the tomb of an ancient, unspeakable evil. Marvellous stuff!

Hook laden album full of fuzzed up riffs and crazy brilliance. If I had synesthesia no doubt this album would conjure up bright splashes of day-glo colours! 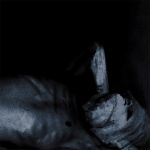 Hypnotic epic black metal from The Netherlands. Their name (meaning “whisperers” in Dutch) belies the fury of the three long tracks (16, 10 & 8 minutes respectively) on this album.

I was very happy to see Frank Turner returning to the shoutier, heavier side of music earlier in the year! I’d found his folk stuff increasingly mediocre so to hear him screaming his lungs out again on this heavy, but light hearted, album of hardcore is great. It’s no Million Dead but it’ll do for now!

Debut album of shoegaze wearing its Swervedriver and My Bloody Valentine influences clearly and proudly on its sleeve. Sure, it couldn’t be considered original but it’s a bloody good album nonetheless!

Like a darker, creepier Boards of Canada, parts of this could be a collection of old BBC Radiophonic Workshop recordings or John Carpenter film scores. The fact that helmer Martin Jenkins calls himself the Head Technician and that these (and vols 1 & 2 that come on the 3CD set that I don’t have) purport to be transfers from an unearthed collection of 1/4″ and cassette tapes just add to this.

19. Woods Of Desolation – As The Stars

Shoegaze inspired black metal (black-gaze if you like) from Australia. Doing what Alcest should have progressed to instead of moving fully into the wimpier shoegaze of this year’s album Shelter, which you’ll notice is absent on this list. 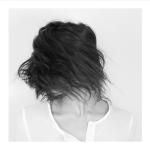 The band’s second album of instrumental mathy post-rock really consolidates and improves on what they did on their debut (Sans Souci from 2011). They’re often filed next to Russian Circles but Brontide have far less metal leanings than the US trio.

17. The Austerity Program – Beyond Calculation

Second album from Leeds’ psych-rockers doesn’t stray too far from what last year’s debut did so well, just consolidates and improves the fuzzed up, krautrock freak-outs and possibly feels a little more upbeat.

I’ve written before about my desire to love (and in earlier releases even like) Liars but until this album, and despite trying hard, none of their previous six albums have quite managed it. The brilliant electronic power house of Mess however may well have changed this. 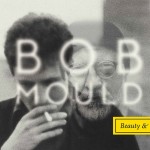 Excellent solo album from the Hüsker Dü and Sugar frontman. Sounded more like Sugar than his previous solo efforts which, for me, can only be good! 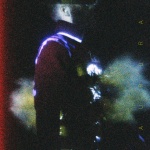 Although not as downright scary as previous album By The Throat, Ben Frost’s new one still terrorises the listener’s ears with it’s electronic soundscapes and decaying rave beats. Positively pummelling when loud and on headphones!

12. A Winged Victory For The Sullen – Atomos 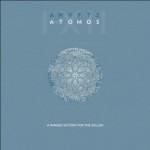 From being pummelled to being cosseted by warm, beautiful loveliness. The second album from AWVFTS is the first of three Erased Tapes releases in the top twenty, and although not as flat out gorgeous as their first self titled, it’s still a beautiful warm blanket of an album!

Fourth album from the Scottish indie rockers, stepping back from the more keyboard driven previous album to return to the noisier aspects of the first two albums. This may be their best yet.

Fantastic dancier, minimal techno side project of multi instrumentalist Ólafur Arnalds and the second Erased Tapes release here. That label is fast becoming a favourite and any of their releases are an almost risk free purchase!

Metal supergroup consisting of members of Sepultura, Mastodon, The Dillinger Escape Plan and The Mars Volta and if you have any knowledge of the bands involved you’ll have a very good idea of exactly what they sound like. Bloody brilliant is what they sound like to me!

The final Erased Tapes release on the list is the debut from this London based singer songwriter. Beautiful piano based melodies overlaid with poetic vocals (in fact the vinyl came with a book of the lyrics presented as a book of poetry).

7. The Afghan Whigs – Do To The Beast

Well this one arrived on a wave of high expectations! When I heard that The Whigs were reforming and releasing a new album I had the contrasting feelings of excitement that one of my favourite bands was returning and also concern that it might not be very good. I needn’t have worried, Do To The Beast is a fantastic return and getting to see them do it live in Manchester’s Cathedral earlier in the year was amazing, one of the best gigs of my life!

6. Agalloch – The Serpent & The Sphere

Since falling for the whole atmospheric black metal thing a few years ago, Agalloch have become one of my favourite proponents of the genre. Less aggressive than previous album Marrow of the Spirit but still hardly easy listening! 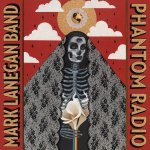 As the possessor of my favourite singing voice the new Lanegan album was pretty much guaranteed a high place on this list before I’d even heard it. Unsurprisingly it doesn’t disappoint, excellently dark, brooding gothic pop.

CBP continue to release great albums of prog tinged rock (or endtime ballads as the band calls them). This is the latest from one of my favourite bands. 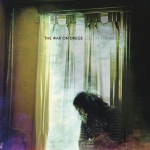 This was nearly number one before the arrival of the the two behemoths below. An excellently infectious slab of Americana, I couldn’t seem to stop listening to this when it came out.

=1. Winterfylleth – The Divination Of Antiquity

For the first time we have a joint number one as I couldn’t split these two! The new one from Winterfylleth seems like the culmination of all they’ve done up to now. An immensely powerful, adrenaline-packed album of black metal continuing their themes of old English history and folklore.

Sharing the top spot is the new one from English black metal band Fen, again like Winterfylleth, this fourth outing sees them bringing everything together to create an album that tops all their previous output. Jaw droppingly brilliant atmospheric black metal!

This entry was posted on December 9, 2014, 4:33 pm and is filed under Features. You can follow any responses to this entry through RSS 2.0. You can leave a response, or trackback from your own site.