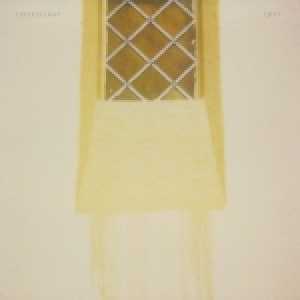 Pigeon holing music can be a tricky task, where this album fits is giving me issues, is it Ambient Folk? Lo-Fi? Shoegaze? I really don’t know, probably a bit of each, but it makes for some lovely listening!

Buying albums when you know little to nothing about the release or artist is always a risk, but one I’m sure most music lovers like to take now and again. You can’t beat the rewarding feeling of discovering something new and it creeping into your brain making you want to listen again and again. Of course you sometimes inevitably get the opposite result when you wonder what made you buy the horrible thing, but thankfully in my experience the successes outweigh the failures.

So, yesterday it was that fun time of the month when my next batch of emusic credits appeared and I had the never difficult task of finding 75 tracks to download. I had seen mention of this album when Paul Marshall (a.k.a. Lone Wolf) was asking for recommendations on Facebook so I had stuck it on my emusic ‘Saved for Later’ list.

Benoît Pioulard, a.k.a. American singer/songwriter Thomas Meluch, uses field recordings, old decaying tape and dictaphone recordings to create ambient passages and soundscapes that not only intersperse the more ‘traditional’ songs on the album but are also backgrounds to these songs. This gives the songs the feeling you are listening to them in different environments, one gives the impression of the music playing out in the hold of an old sailing ship with its creaks and echoes, another makes you feel you’re in a vast station or arrivals hall, indecipherable voices coming from hissing tannoys in the distance.

Please don’t get the wrong impression, this is not a ‘difficult’ album by any means, although the first track, ‘Purse Discusses’ is a two minute ambient soundscape it leads into the lovely song ‘Sault’ and sets the pattern for the album.

This is truly a ‘headphone’ album, an excellent before-sleep listen, but equally good to hum along to at any time.

I have now given this album a couple of listens since I got it yesterday (one just half an hour ago) and I am already feeling I want to listen to it again! I have, needless to say, added his previous two albums to my ‘Saved for Later’ list to get next month!

Another 2010 album that may well find its way onto the end of year list. Some very difficult decisions are ahead!

Buy it from Amazon